trust.org
Not verified. Are you owner ?

Trust.org is a gateway to the services of the Thomson Reuters Foundation, dedicated to empowering people in need with trusted information. 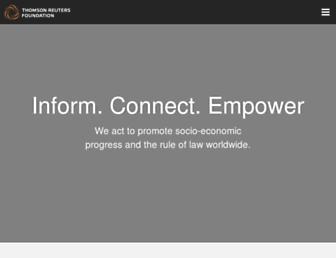