shots.net
Not verified. Are you owner ?

Shots - The World's most creative advertising, TV commercials, music videos, short films and animation. shots showcases the creative talent in the international advertising industry. Also contains news and clips from across the globe. 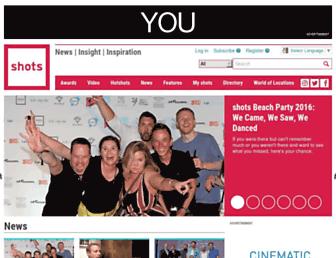