ohio.gov
Not verified. Are you owner ?

Ohio.gov is the official website of the State of Ohio. 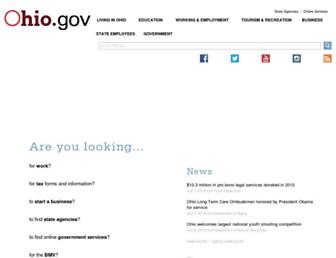