jurist.org
Not verified. Are you owner ?

Law news and legal research in real-time, reported and edited by law students and faculty at the University of Pittsburgh School of Law. 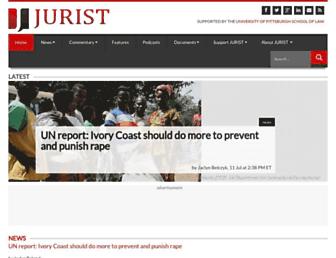